MS. ANA CRISTINA FLOR WAS ELECTED AS THE NEW DIRECTOR OF CAFH
Ana Cristina was born in Mendoza, Argentina and has been a member of Cafh since November 1983. In January 1990, she joined the Community of Embalse, located in the Calamuchita Valley in Córdoba, Argentina. She currently lives in that same Cafh community.

Her professional training began with a teaching degree. Subsequently, she engaged in formal studies of French, classical dance, and, most recently, systems engineering.

Over a period of many years, she coordinated spiritual retreats for Cafh members and the general public, served as Delegate for the Community of Embalse, and, recently, acted as Regional Delegate accompanying the activities of Cafh members and their study groups, in various countries of southern Latin America.

Ana Cristina served as a member of Cafh’s steering committee for many years while Mr. Kutscherauer was Director. As part of her duties, she participated in several projects oriented toward the development of the Work of Cafh.

In the economic sphere of the Community of Embalse, Ana Cristina has served as General Manager for more than 15 years. During that time, she has promoted projects aimed at strengthening and expanding the company.
In the message she delivered upon being elected Director of Cafh, Ana Cristina tells us that she considers Cafh to be a living being whose life is a continuum. And like all life, it changes in every moment, without losing its identity. She emphasizes, too, that in the face of the complex and changing reality that humanity is experiencing, there is a peremptory need to deepen into teamwork, since to face future challenges, we need diverse viewpoints and the ability to dialogue, accept differences, and generate consensus, always being focused on our spiritual mission. These words give light to an orientation that will place emphasis on teamwork, a direction consistent with the needs not only of Cafh, but of contemporary society. 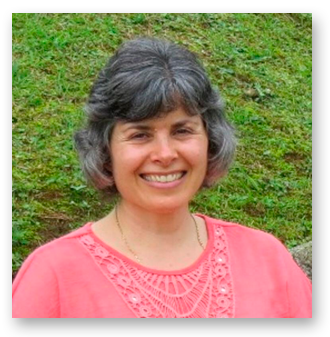